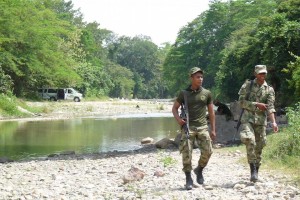 The Dutch peace movement PAX and the German NGOs urgewald and PowerShift would like to inform those interested about the gross human rights violations in the Colombian mining region Cesar related to the on going coal mining operations. According to testimonies of former paramilitary commanders, two of Vattenfall´s coal suppliers – the mining companies Drummond and Prodeco – have financed and coordinated paramilitary activities in the period 1996-­‐2006.

It is estimated that the financed paramilitary group is responsible for the murder of more than 3.100 people and has displaced over 55.000 people. Until now both mining companies deny any wrongdoing. Read more about the event: Vattenfall´s Dirty Energy