ECCHR, Sisma and CAJAR examined 36 representative cases of sexualized violence that occurred between 2002 and 2011. Their conclusion: Sexual assaults carried out in the course of the armed conflict are not isolated incidents but instead form part of the military strategy and are crimes against humanity. 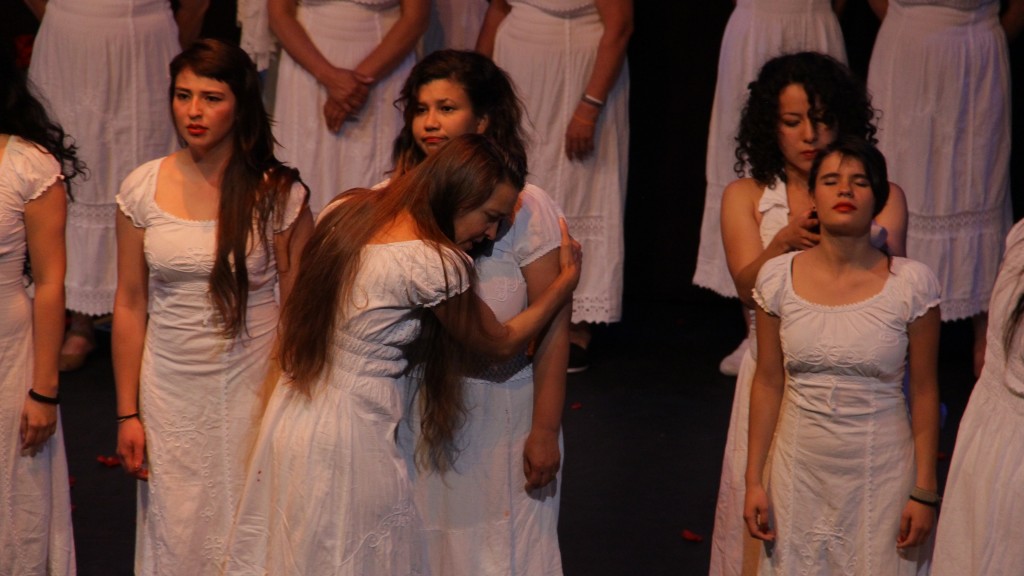 In 2014 an average of two women were raped every three days in the course of the armed conflict in Colombia. Sexual and gender-based violence is a systematic and widespread phenomenon. Yet to date there have been very few convictions for sexualized violence – especially in cases in which the perpetrator was a member of the armed forces. By failing to act, the Colombian state is denying women the protection against sexualized crimes and access to justice that it is obliged to guarantee under national and international law. The Office of the Prosecutor (OTP) of the International Criminal Court (ICC) in The Hague has to date failed to include a comprehensive gender perspective into its assessment of the Colombian conflict. In its Interim Report on the Situation in Colombia from November 2012, the OTP acknowledged that between 2002 and 2008, members of the Colombian army deliberately killed thousands of civilians (so called “falsos positivos” cases) and classified them as crimes against humanity.

The OTP also noted that rape and other forms of sexual violence can be attributed to state forces, paramilitaries and guerrilla. Regarding state forces, however, the OTP thus far considered sexual crimes only as war crimes. It remained silent on the question of whether sexual violence committed by the state forces could amount to crimes against humanity.

A comprehensive legal analysis of a conflict situation under international criminal law requires an adequate narrative of the conflict, which necessarily involves a gender perspective in order to detect and avoid patriarchal ways of applying international norms and international criminal law. The new Policy Paper on Sexual and Gender-Based Crimes (PP) by the OTP of the ICC provides a helpful tool for applying these norms without reproducing gender inequalities. The content of the PP is the achievement of long-term lobbying by feminist activists and academics and is based on a liberal rights-based approach of feminist theory. In the PP, the OTP announces its intention to integrate a “gender perspective” and “gender analysis” at all stages of its work, terms, which, however, remain rather vague. Prosecutor Fatou Bensouda recently acknowledged, “an important aspect of challenging the culture of discrimination that allows sexual and gender-based crimes to prevail is the effective investigation and prosecution of those most responsible for such heinous crimes.”

Therefore, the OTP should start implementing its PP in the Colombian case. This could have a substantive effect on preliminarily examinations in general, and on evaluating command responsibility and the admissibility criteria in particular.

In its 2008 ruling “Auto 092”, the Colombian Constitutional Court highlighted the ongoing disproportionate effect of the Colombian conflict on women, especially with regard to sexual violence, and the persisting impunity for perpetrators of such crimes. It ordered the Attorney General’s Office to review or initiate criminal investigations in 183 specific cases of sexual violence in order to overcome impunity and to ensure the application of the principle of due diligence. In their recent communication to the ICC on the subject, the European Center for Constitutional and Human Rights (ECCHR) together with the Colombian organizations Sisma Mujer and Colectivo de Abogados José Alvear Restrepo (CAJAR) examined 36 representative cases committed by state forces between 1 November 2002 and 2011. These cases were selected from publicly accessible information.

This new analysis provides a reasonable basis to believe that sexual assaults carried out in the course of the Colombian armed conflict are not isolated incidents but instead form part of a military strategy and must be qualified as crimes against humanity. Yet absolute impunity for sexual crimes committed by state forces remains the norm. There is no information to suggest that higher-ranking officers or commanders, i.e. the superiors of the direct perpetrators, have been subject to any proceedings in any of the cases presented.

The analysis demonstrates the strong link between sexual violence and the broader military campaign against the civilian population, which pursues two objectives: first, to stigmatize civilians perceived to be collaborating with the guerrillas, turning them into legitimate military targets; and second, to enable members of the state forces to control parts of the territory and the population through the abuse of their power.

Furthermore, the Communication highlights the lack of implementation of Colombia’s legal obligations. Measures are not implemented despite adequate legislation on the books to fight impunity for crimes of sexual and gender-based violence committed in the context of the armed conflict. There are no criminal investigative strategies to overcome the distinct difficulties of sexual violence cases. This was confirmed by the Colombian Constitutional Court in January 2015 and 2008. The Court concluded once again that the activities undertaken by the Colombian state fail to provide victims with adequate care and protection, and to ensure their right to truth, justice and reparations. In recent years, several legal and non-legal measures have been taken to prevent and investigate sexual violence by state authorities. However, most of these measures have not been applied appropriately in the cases, or because of the principle of retroactivity, are not even applicable to the presented cases. Consequently, victims continue to be discredited if no other testimony can corroborate the incident. Moreover, investigations remain limited to the direct perpetrators, ignoring the responsibility of their superiors and commanders. All this is due to widespread “judicialized sexism” and a lack of political will by the military and prosecution authorities.

This demonstrates the need to apply international criminal law in a non-discriminatory manner without reproducing gender inequalities to make an important contribution to the fight against impunity for sexual and gender-based violence within the country. Gender-sensitive investigations by the ICC can also strengthen the ongoing peace process with the FARC guerrilla and raise awareness of the consistent structural discrimination in Colombia, as independent and impartial action by the ICC could serve to prevent further crimes and fight inequalities. Peace without non-discriminative justice is impossible.

For further information on the Communication to the OTP, which was submitted on 27 April 2015 by the ECCHR , together with the Colombian organizations Sisma Mujer and CAJAR see here.